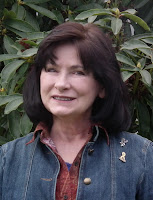 Have you ever been deceived?  Well of course you have.  And I bet you were not too thrilled when you found out about the deception either.  A deception is really a lie.  A big deception may have a lot of little lies all bound up together.  And the father of lies is Satan who is called by many names.  He isn’t omnipresent, omnipotent, or omniscient, but he is very powerful.  And he has help.  He has lots of help considering that one third of the angels followed him in his rebellion against God.  Many people of earth are aiders and abettors of Satan right now. There is a day of judgment coming for Satan and his followers.  Satan knows his eternal destination.  Some of his followers are currently delusional about their eternal destination.  They think they are going somewhere other than hell.  When they stand at the judgment they will realize they have been deceived.  But it will be too late.

Then there are true Christians, individuals who have gone to God the Father through Jesus Christ the Son.  They have gone with a truly repentant heart and with full willingness to change how they do things.  They want to be more like Christ.  Some of these people are being deceived as well.

Satan has the world divided into two groups for the purpose of deceptions.

Group number one consists of people who are lost, not saved, separated from God by their sins.  He handles this group in a huge variety of ways, but the common thread in everything is a lie. Three common lies are:
All roads lead to heaven.
Everyone can be/already is god.
Good or mighty acts by an individual gain or even guarantee entrance into ‘heaven’.

Group number two consists of people who are truly saved.  Satan handles this group more with things like small lies, small variants on the truth, feelings, mystical experiences, materialism, and other things that aren’t so apparently evil in the beginning.

Satan’s deceptions are revealed by the truth.  That means it is VERY important that individual believers make a strong point to know the truth.  Most of the garbage passing for evangelism on television and even in many pulpits around the world can be filtered out as lies and partial truths by even a beginner Bible student.  When in doubt about anything it is important to go the Bible for the truth.  You want the unvarnished truth no matter how harsh it may seem at the moment.

Unvarnished truths include:
The Bible is inerrant – it has no errors – it has the final say on every subject.
The Bible is complete – there are no ‘new revelations’ – and no traditions of man supersede Biblical authority.
The Bible is sufficient – it gives mankind the necessary information to restore fellowship with God through Jesus Christ.
The Bible is relevant to every person in every generation – it never goes out of date.

These are the concrete and unchangeable parameters or boundaries from which everything else is evaluated.  That is how it works.  You can’t stay a step ahead of the devil on his latest scheme, trickery, deception, religion, social do-good, scientific terror, mother-earth’s hurt feelings, or anything else.  Instead of spending time trying to figure out what Satan’s latest deception is spend time learning what the Bible teaches as truth.  What eventually happens is you wind up spotting error simply because it doesn’t align with the truth according to God Almighty.
The Bible is a book of truth revealing the love of God, God’s mercy, the plan of salvation, the history of creation, and all things necessary for the individual to come to a saving knowledge of Jesus Christ.

The Bible is also a book of ‘unvarnished truth’ or ‘dark sayings of old’.  This means it just tells the truth.  It doesn’t sugar coat it.  It doesn’t spin the truth to make it more acceptable to the general population.  It doesn’t do anything except tell the truth.  Something much harder than a ‘hard truth’ is finding out about a lie when it is too late to do anything about it.  Remember that if the Bible makes a clear statement regarding something, that is exactly what it means regardless of social or political ideas of a specific people or generation.  Deep and true compassion for others will not allow you to accept or ignore a lie that will cause you to fail to warn someone of the danger of hell in his/her future.

Lack of sincerity.  They preach or teach one thing but they do something else.  They may expect/coerce followers to make sacrifices and do things in a particular way, but they don’t actually follow their own teachings.  You see this in religion and politics.  Leaders don’t live the truth they preach. A secular example of this is in the global warming community.  A noted global warming fear monger is Al Gore, former VP of the USA.  And what does this man do about global warming?  He makes a fortune peddling his ideology. He applies political pressure to crush people under changes he claims necessary to ‘save the planet’. He has no regard for the individual.  In spite of his stated concern for the wastefulness of mankind and the danger of the destroying the planet, Al Gore lives in a giant house that uses massive amounts of energy.  He justifies this by saying his ‘carbon footprint’ is ok.  That is supposed to mean he is putting more good stuff back into the environment than he is taking out.  In truth it means he is a very rich man. In my opinion he is also a hypocrite.

Emotional adoration.  They place emotions and feelings above scripture or sound knowledge.  It is easier to go with feelings instead of written truth.  You just have to ‘feel’ it.  You don’t actually have to spend the time studying to learn.

Attacks on the authority of the Bible.  The unvarnished truths of the Bible are attacked viciously.  The pre-existence of Jesus Christ is denied.  The Genesis account of creation is denied.  Christ’s bodily resurrection is denied.  Things called sin by God are accepted.  These arrogant teachers give to themselves authority to change the message of God Almighty in order to say what the itching ears of some people want to hear.  They have no authority to do this.  To those who know the truth of the Bible such teachers reveal themselves as Satan’s mouth piece when they speak such heresy.  They are revealed as deceivers when measured by the truth of the Bible.  Any so-called preacher of the gospel who teaches anything that goes against the unvarnished truth of the Bible is an apostate and a worker of evil.

Hatred and/or trivialization of Jesus Christ.  Jesus is not given His rightful place as King of kings and Lord of lords.  They may speak of Him as someone who is noteworthy, but NOT as the ONLY way to heaven.

Persecution and hatred of the truth.  As you make a consistent effort to know more of the truth of the Bible, to know more about Jesus Christ and His teachings, you will notice a growing global hatred of the truth.  This is fast becoming one of the easiest ways to spot deceivers.  They hate anything to do with Biblical truth.  They hate those and belittle those who speak the truth of the Bible.  They marginalize those who believe the truth as ignorant and unimportant. Look around you.  Fundamental Bible believers are thought of as something from the dark ages.  They always portrayed as ignorant people who just don’t know any better.  Yet a fundamentalist simply believes simple fundamentals clearly taught in the Bible.  Haters of the truth Bible fundamentals.

It really doesn’t seem to matter where a person begins.
Those who reject the truth of the Bible reject Jesus Christ.  Without the transforming power of Christ they have no God given help to transform their lives.  It is much harder for them to sincerely follow any ideology or teaching.  They are insincere meaning they are hypocrites.  They don’t adhere to their own teachings or ideas, but they firmly expect their followers to adhere to their teachings.
They are more prone to emotionalism than to sound teaching of any sort.  They love to stir up emotions in their followers instead of teaching solid truth.  Actually they don’t have solid truths, so they can’t teach truth.
They grow to hate the Bible because it condemns certain behaviors and actions.
They grow to hate the truth.
They eventually persecute followers of the truth.  We are seeing that now in Islam which persecutes Christians.

Satan’s deceptions uses people who assist him in the deceptions.  They don’t wear have horns, carry a pitchfork, and wear a red cape.  In order to spot these deceivers you have to be personally aware and cautious.  It isn’t that you want to go around paranoid and expect the worst from everyone, but neither do you want to be fooled by wolves in sheep’s clothing.

If you would be one to whom Satan’s deceptions are revealed you must be one who accepts all the truth and rejects all of the lies.  You cannot keep parts of a false belief system and simply mix Christian theology in with the lies.  If you find yourself in a religious system that puts emotionalism, the traditions of man, or so-called newly revealed prophecy above the Bible itself you are being deceived.  If you are in a religious system that teaches you can be a god, you are already a god, or that good works have power to get you into heaven you are being deceived.  Satan’s deceptions are revealed by the truth.  The truth is in the Bible, and it is available.

Please visit and click ‘like’ on my author page.
http://www.amazon.com/Barbara-Henderson/e/B007YWIYFU
If you have purchased my new book ‘Everyday Prepping for Beginners’ I would really appreciate a kind review.  Thanks  Barbara

Posted by Unknown at 4:44 AM No comments: